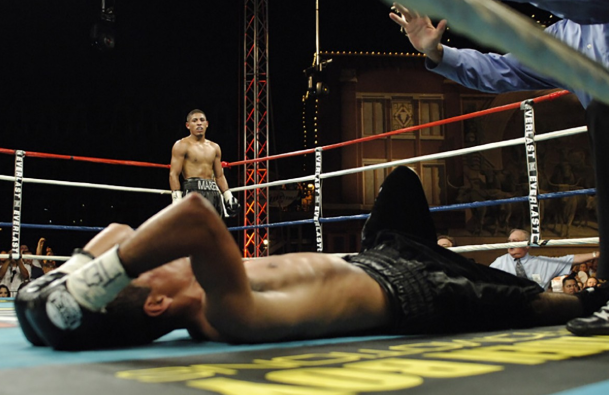 EOS, the fifth largest cryptocurrency of the market is setting up a large and diverse group of norms in order to initiate a constitution for the token. The project has received a little bit of reluctance from the community and has become a very controversial move by the company very quickly. A great part of the EOS holders have been reacting to what the company has shown so far of their constitution to be, and as it seems, they are probably right in the way they are reacting.

EOS has specified that this is not the final version, and at the same time, that what they’ve shown to the moment is no more than a draft that needs to be approved by the whole EOS community in order to be applied. However, the reluctance is more than evident, even more, when one of the first rules of this constitution establishes that if it happens to exist a holder that doesn’t deploy movements of the tokens in a lapse of time of 3 years, then its funds may be selected to be put on auction.

You don’t have to move the tokens around. Vote for a new BP every once in awhile. If you leave your house abandoned for 10 years somebody will reclaim it. That being said this law will be ammended.

Still, it’s early to determine whether or not this will be a positive thing for the company, but one thing’s for sure, many of the crypto holders are starting to have questions regarding this constitution and the ‘benefits’ or ‘disadvantages’ it may bring to them. Let’s see how it goes.

The relativity of the many statements of the document

The document has been created and stored on GitHub by two of the key staff members of the company, the Vice President of the Block.one, and the Chief Technical Officer (CTO) of the company, Daniel Larimer. In relation to the articles in it, the document starts with the following statement:

“This constitution is a multi-party contract entered into by the Members by virtue of their use of this blockchain.”

As a starting point, this article represents one of the biggest issues because of which many experts and crypto enthusiasts are concerned. It is very interesting for the whole community to understand what EOS try to say when it mentions “the Members” since as it is understood, this is something that should be defined and specified as is usually done with legal contracts, otherwise it would represent an ambiguity, and that may lead to a misuse of the instrument.

In the same way, another article that has been of concern is the number XIII, which reads as follow:

“This Constitution and its subordinate documents shall not be amended except by a vote of the Token Holders with no less than 15% vote participation among tokens and no fewer than 10% more Yes than No votes, sustained for 30 continuous days within a 120 day period.”

In this matter, let’s recall that as the crypto-related news portal, Bitcoinist, recently published on its website, at least a 50% of all of the EOS tokens in existence are held by 10 accounts only. This results in a very worrying thing because it means with only 10 addresses a fully constitutional decision can be made, changing the whole structure of the laws and shaping the way that holders need to interact with the coin.

Furthermore, another article on the document that is giving a lot to talk about is the number XVII which establishes:

“A Member is automatically released from all revocable obligations under this Constitution 3 years after the last transaction signed by that Member is incorporated into the blockchain. After 3 years of inactivity, an account may be put up for auction and the proceeds distributed to all Members by removing EXAMPLE from circulation.”

It can be read between the lines that what EOS is seeking with this particular article is to promote a bigger activity on its token holders. However, this represents an exclusion of those who decide to invest on the coin and keep the token in a long period of time, which is actually one of the most common actions when buying a crypto in the market.

Wow sounds like my last marriage. It lasted for about 3 years and I was left with nothing.

The same way, if a document is going to somehow emit a punishment for any action that a user may incur in, it should be defined and specified the terms of such punishment, and that’s exactly what the EOS constitution is lacking.

Although the document has not been confirmed as a version to be applied, still EOS needs to reconsider the elaboration of the document, and the same way, to consult the articles in a proper way with the community. If rumors were to be true and this would be the final document, EOS would be going through a path where it may significantly lose a large portion of their followers.

Ripple (XRP) leaves both Ethereum and Bitcoin behind in advantages

Tron (TRX) seems oversold with its key objectives down the line