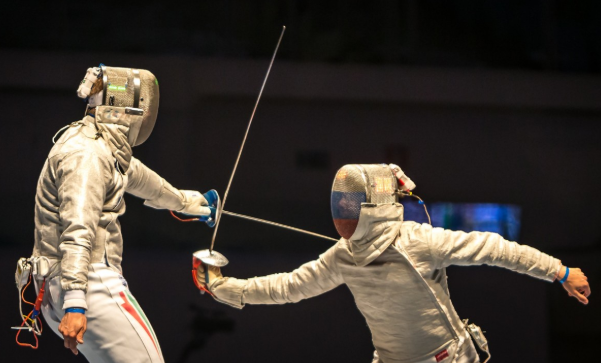 It was 2009 when the mythical Satoshi Nakamoto launched Bitcoin, a system that aims to get rid of fiat currencies and the whole financial system. It would be easy to think that was too ambitious and he would be just either laughed at or ignored. He wasn’t. It was the opposite. Since 2009 lots of new cryptocurrency projects have emerged, all based on Satoshi’s original idea: the blockchain.

Ethereum follows Bitcoin as the most successful cryptocurrency in the world. But Ethereum did Bitcoin one better: its platform for smart contracts using the ECR-20 technology allows any entrepreneur to start his or her very own bitcoin using the Ethereum blockchain and network. Many important projects that are now autonomous begun as an ECR-20 based project. Tron, EOS, IOST, to name a few.

But other projects in the crypto verse are becoming stronger and could pose a challenge even for Ethereum. We’re talking about EOS and NEO here.

NEO was able to build some momentum earlier this year and then it went back a bit. EOS, on the other hand, has gone through the roof (with wild fluctuations as well) because it was able to release its Main Net finally and to announce their first significant partner.

Both coins have good things going for them and could challenge Ethereum’s reign. And this will be even more likely if Ethereum insists in not addressing the technological limitations it has. So how do both projects compare? Let’s see.

It’s based in China, and it has the Chinese government’s full support. This alone is a huge deal. NEO aims to help asset digitalization through digital identity technology. It’s also a complete decentralized application platform with a significant advantage: it can run apps written in C, C++, Java, and JavaScript.

While this could seem a bit technical, it also means that any regular computer programmer in the world can write apps or smart contracts using this platform while so many other platforms do require for programmers to learn a full new language.

Many other projects and applications are already running on NEO’s tech. Ontology is the best known, a platform that uses the blockchain to allow for fully customized smart contracts. But it’s not the only one. NEX, Zeepin, RedPulse, Moonlight, Switcheo, and Thekey are other well-known platforms that run on NEO.

In short: NEO is not the most talked about cryptocurrency in the West, but when you have China and Asia behind you, the West ignores you to its own cost.

EOS is the Block.one’s organization’s cryptocurrency. They recently brought their new Main Net live to become independent from Ethereum, and it’s grown into one of the investor’s darlings over the last couple of weeks.

Their new Main Net is called EOSIO, and it’s a very versatile blockchain platform that can support all kinds of services. Databases, accounts, hosting, authentication, cloud storage, you name it. EOSIO’s decentralized apps are so versatile that they can do anything a centralized server can do, only better. In fact, even before EOSIO went online, they already had already fished their first big fish in a world-class email service.

EOSIO can manage an immense number of transactions per second while charging ridiculous fees that come close to nill. It means they can handle so many decentralized apps and smart contracts at the same time, that they can dwarf most of their competition.

Also, the four billion dollars EOS did rise during its initial ICO (which lasted for a full year) has given them all the resources they need to develop their platform. And they’re still about to spend a full billion in developer programs to enhance the platform.

EOS vs. NEO: Which is the one?

While EOS has had the best year so far (except last seven days), NEO has a lot of potential to grow as well. EOS’s Main Net performance will be an essential factor for its future. Its success is tied to the way the new Main Net performs, and there’s been some concern about block producers failing to get a spot on the validators list.

EOS has been surging lately but also experiencing fluctuations just as significant. NEO has stayed quiet, it hasn’t grown all that much at all, but it is expected to, because of the Chinese’s government’s support.

EOS has better potential world-wide if the whole community stays together and keep the new Main Net going as it should be. But if it doesn’t, then NEO will be the one going after Ethereum and, just maybe, beating it. Neo looks like the best choice among the two for the short-term, though.