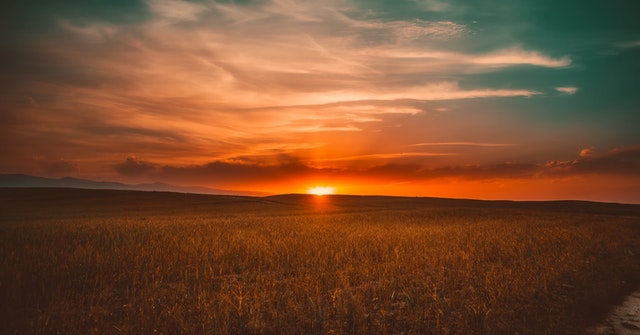 EOS has been sky-rocketing for the past few weeks as this currency managed to take over Litecoin’s long-held spot as the fifth-best currency on the global coin ranking list. Thanks to the increase of its market capitalization, EOS was able to climb up to becoming one of the top 5 coins on the global level. Further, from that point on, EOS has also released EOS Dawn 3.0, in form of a test net and pretty soon EOS Dawn 4.0 will be released for users. Let’s see how well EOS has been doing these days as well as find out more about the upcoming main net launching.

Approximately a month ago, somewhere at the beginning of April, the team behind EOS has released Dawn 3.0, which was a test net for the upcoming EOSIO main net that should be launched officially any time now.

The users have been able to test the release of Dawn 3.0 for more than 30 days, and now that Dawn 4.0 has also been launched, all EOS holders will be able to gain the access to the contents of the newly improved network.

Dawn 4.0 as released a couple of days ago, on May 4th, when it was officially announced that although the latest version of the network is released, there are some improvements that the team is working on, that are yet to be released with the officially launched main net.

The launching of the EOSIO main net is scheduled for May 11th, which is only a couple of days away at the time of this writing.

In the spirit of expecting the main net launching, EOS is also trading in the green on May 7th, even though the market trend seems to be a bit sluggish at the current time.

With the release of Dawn 4.0, the team behind this platform also stated that the team has been working on the released improvements for an entire past month. They have further added, as available on Medium, that without the initial merges in the system, contributors have pushed over 800 commits with over 40 authors participating in this venture, that way making EOS one of the top 10 most active projects in the area of working with C ++. Specifically, EOS is holding the 8th spot on Github in the category of the most actively programmed with the latest measurements.

Some of the enabled features that have been added as updates with the release of Dawn 4.0 are Now is now Now, which is a concept that allows the system to measure the time for smart contracts accurately, new Allocation Model, new additions for smart contract developers, more developed inter blockchain communication and more.

Even though there are lots of changes to be tried out as we are waiting for the May 11th, the team is still working on improvements that would be additionally added to the system and released for public use on the mentioned date.

Even though the latest trend in the market is dictating extensive drops among the majority of cryptocurrencies for more than 48 hours now, EOS seems to be doing pretty fine while trading in the green, probably pushed up against the market trend due to a fact that the EOS team has just released Dawn 4.0.

With expecting the final date for the main net launching where Dawn 4.0 will be officially launched with all the latest updates the team is still working on, EOS is rising up while waiting for May 11th.

In addition to rising against the dollar, EOS is also going up in oppose to BTC and ETH.

This currency is trading in the green against Bitcoin with the latest rise of 5.05%, while it is going up in oppose to Ethereum for over 10%, which means that EOS is doing far better than the first two coins on the list, in the current moment that is.

With the latest set of gains, EOS can be purchased at the price of 17.76$ per one token, which means that EOS is getting closer to its latest all-time high of around 21$ per one unit, as set during the last week on April 29th.

What Would it Take for Litecoin (LTC) to Overthrow EOS (EOS)?