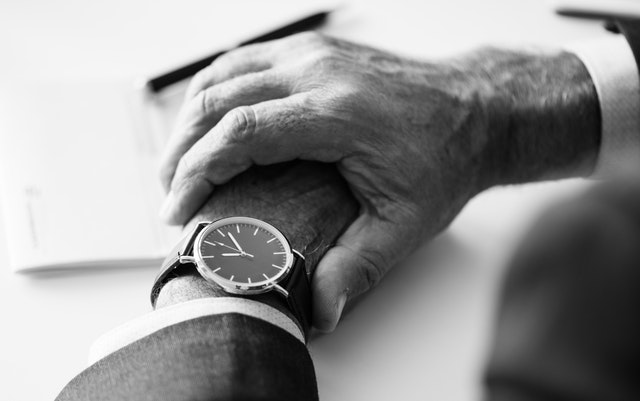 As one of the world’s top cryptos, TRON (TRX) has been under the spotlight a lot lately. Not only did it successfully manage to launch its MainNet, but it also held one of the largest token burns in crypto history. Tron is entering large partnerships with even larger entities every week, and it even managed to purchase BitTorrent recently.

Despite all that, however, its price still continues to evade the increase that TRON enthusiasts are waiting, and many have started to wonder just what is going to happen to it. For now, TRX, just like all other cryptos, is struggling with a mainly bearish market, which only allows short periods of recovery. However, this situation will not last forever, and the situation is bound to become better eventually.

When it does, what can we expect of TRX coin’s value? Many have tried to give their predictions, but before tackling this question, let’s make sure that everyone is on the same page.

A bit about TRON (TRX)

TRON (TRX) is a crypto created by Justin Sun. Its goal is to change the way the entertainment industry works and to become the dominant force in this field. Its platform focuses on content sharing without the need for the third party, and large middlemen like YouTube, Facebook, and alike.

Even though it was created on Ethereum’s network, and has spent most of its life as an ERC-20 token, it successfully launched its MainNet in June, and it transferred all of its tokens to their native blockchain. The ones that were left behind were burned, as mentioned previously, and the event included burning of 1 billion worth of TRX.

TRON’s blockchain is extremely fast, and it can handle over 1,000 TPS (Transaction Per Second). It uses a PoS consensus mechanism, as well as Lamport Algorithm, that is being used for wallets. TRON also has a large and extremely dedicated community that is constantly refreshing their Twitter in expectation of Justin Sun’s new progress announcements.

TRON’s performance so far, and 2018 expectations

TRON has never been known for Bitcoin-like prices, and even on top of its game, back in December 2017 and January 2018, it’s top price was at around $0.25. However, that was seen as an excellent stepping stone, and TRON has had a lot to accomplish at that time. These days, a large part of that to-do list has already been checked, but that doesn’t mean that TRON is out of ideas regarding where to go next.

As mentioned previously, TRX’s goal is to transform the entertainment industry, and almost everything that was done so far was only a preparation for executing this plan. Still, when the market turned bearish in January, TRX’s price dropped down to $0.037. Still, it managed to remain within the top 10 cryptos on CoinMarketCap until recently, and it currently holds the rank of 11, with its price being $0.034461.

Obviously, the price did not advance much when compared to the beginning of the year. However, this is a good thing, since it demonstrates that the coin is stable, despite the low value. In fact, the only large change in TRX’s price came in mid-May, when the price experienced a large spike up. With that in mind, we can say that the current price of TRX ($0.034461) might be the bottom for this crypto and that it can only go up from here.

Now, when it comes to price expectations for this year, there are a lot of them. We have already passed the first half of 2018, and it was not especially good for cryptos. However, the second half is expected to be the one that will change things for the better, especially as we are nearing the end of the year.

Some experts believe that TRON will reach $0.1 in 2018 and that its value has a potential to go to $1 per coin in the next several years. Obviously, these expectations are pretty modest and realistic, and many TRX enthusiasts believe that this is exactly how the situation will play out. The fact is that TRON is not losing popularity and that its user community is growing rapidly. This is one of the most important factors for price predictions, but more about that in a few minutes.

Obviously, predicting the price of cryptos is not exactly something that is written in stone. Even the traditional market is known to take unexpected turns, and in the crypto world, the market changes all the time. The further we go into the future with price predictions, the less accurate they are. Even so, a lot of crypto enthusiasts enjoy to make such predictions, so we thought that some of them were worth mentioning.

A large part of the crypto community believes that TRON’s next big achievement will be reaching $1.7. Nobody really wants to put a time stamp on this prediction, but the general belief is that this will happen in the next 5 to 10 years. Facebook, however, seems to think more highly of TRON, and their prediction is that TRX will skyrocket all the way up to $31 per coin.

Of course, nobody expects that TRON will kill off Bitcoin (BTC), not even Ethereum (ETH) Still, many expect that TRON is the necessary step for the improvement of the entertainment industry. This is almost a guarantee that TRON will survive any potential crypto elimination period that might come. Additionally, as more investors join TRON, its price can only go up, whenever the market decides to allow such development.

So, despite all the bad that happened in 2018 so far, the predictions for the future seem pretty bright.

Finally, we should cover what is it that the crypto enthusiasts are using for making their price predictions. There are several aspects that are entering these equations. The first one is the coin’s implementation. Basically, what this means is that the more use TRON gets in the future, the more valuable it should become.

TRON has been known for announcing partnerships left and right recently, and more are expected to come. Some have even speculated that TRX might partner up with Twitter, thanks to a recent visit from Twitter’s officials.

Next, a large part of the increase in TRX’s price came once the coin managed to separate itself from Ethereum’s blockchain. So, basically, independence is a big factor for these predictions, since it shows that the coin is self-sustainable and stable. Before their separation, TRON was giving away all the greatest vibes, but there was still a silent question regarding its capability to survive without Ethereum’s reputation backing it up.

Now, we see that TRX is legit and that Justin Sun’s big talks were not empty promises.

Finally, the last factor used for predicting TRX prices is the number of coins released in circulation. Currently, TRX has around 65.7 billion coins going around, and it is expected that this number will only continue to grow as the time passes. Eventually, it is expected that TRX will hit its total supply, and release all 100 billion coins. This, however, is a bad thing for the coin, since its value gets lower as its number goes up. Still, it is possible that the other factors will be strong enough to overcome this issue.

The fact is that calculating a price of crypto in the next 2, 5, or 10 years is next to impossible. At least, it is impossible for anyone to give an accurate prediction. Still, from everything that we have seen so far, all predictions are positive, and great things are expected to come from this crypto.

The things that we mentioned as factors determining the price are only some of many, but they do fall into the category of the most important aspects. In the end, there is no certainty when it comes to cryptos or the crypto market, and the only thing that can be done for now is to wait and see what will actually happen.

Is XRP Hitting $10 Wishful Thinking or Near Future?