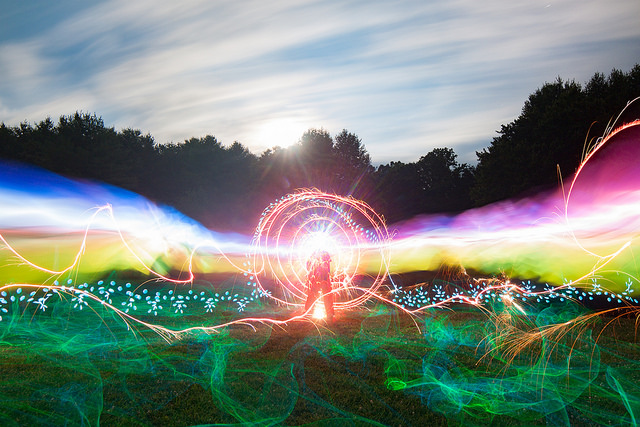 At the beginning of 2018, news broke out that some companies and websites have been mining the cryptocurrency called Monero (XMR) while exploiting the computer proficiency of clueless, unsuspecting users.

Some websites like Google’s Youtube, used advertisements that mine Monero in secrecy while their users watch videos. Other instances are of malware forced by hackers onto hijacked government computers and millions of Android smartphones. But now the progressive online publication Salon is offering its readers a choice of user experience; either disable in-browser and blockers or allow Salon to mine Monero in the background using the reader’s device. Although unforeseen and bold for the journalism industry, this marketing move of Salon, could introduce more people to Monero and the broader crypto market in general.

Monero is one of the first ever created private cryptocurrency. The remarkably fungible, open-source, decentralized currency was created in April 2014, with the original idea published by the pseudonyms Nicolas Van Saberhagen. Monero uses the CryptoNight proof-of-work hash algorithm, which is designed to be resistant to application-specific integrated circuit (ASIC) mining, unlike Bitcoin and some other minable coins. Monero can be mined by graphics card and computer processors.

Monero is a brilliant privacy coin as it operates on an opaque, untraceable blockchain. It uses ring signatures to enable senders to conceal their transaction outputs among others, randomized stealth addresses to obscure receiving addresses transactions, and a view key and spend key that can be separately shared to protect against surveillance. Therefore, Monero has become the most preferred crypto for making illicit transactions on the Dark Web as well as illegal embedding of mining code into websites and apps.

In order to provide free content, Salon primarily relied on advertisements to run its servers. However, digital ads are inadequate to fully pay for most media outlets. Salon noted that its advertising revenue had declined by a margin of 40 billion dollars in 1999 to 2010 and this has triggered Salon to offer users a new option to pay for content. Salon will earn a profit by selling a small percentage of the users’ spare processing power to contribute to the advancement of technological innovation. Contradictory to the malware approach which seeks to exploit as much of a computer’s processing power as possible, Salon declared that it would steer clear of that by actively adjusting the amount of processing power being used by the crypto-miner.

The Process by Which Salon Is Mining Monero

Salon’s beta program explains that like other media firms, it needs to earn online revenue. There are several ad blockers like uBlock, Adblock and Ghostery hinder the website’s capability to mint money from advertisements. When a reader using an ad blocker visits Salon’s website, a popup appears on the screen asking the readers to either disable their ad blocker and refresh their page or opt-in to allow Salon to run Coinhive. It basically means that reader is given the option to “suppress ads” which if selected by the user will allow “Salon to tap into his unused computing power”. It means Salon will be instructing the reader’s processor to run calculations. Coinhive is one of the most commonly-used browser-based mining programs. The service offers Javascript-based software which website owners can implant on their sites. Salon’s test operation comes at a crucial time when digital media companies are losing ad profits, courtesy of savvy viewers and intricate ad blockers. Its clever program could yield benefit for both itself and Monero enthusiasts. Salon is basically giving mainstream exposure to Monero by introducing the cryptocurrency to its readers who otherwise might not have heard about it. Salon itself is rather optimistic and confident on blockchain technology, stating that it intends to further use any earnings to bolster the evolution and innovation of digital currencies.

Salon is not the first online site to attempt this as the Pirate Bay had done the same thing in 2017. But Salon is the first media organization to publicly and intentionally take this specific step towards adopting alternative revenue model. This bold move by Salon, if successful, will offer incentives to other information media websites to offer viewers the choice between enabling advertisements and lending computer power.

The only threat to Monero traders is that if Salon becomes prosperous in mining Monero from its viewers and sells the cash on exchanges right away, then there might be downward pressure on price in the short-term.but the positive exposure Salon is offering Monero should easily outweigh that effect.

Related Topics:crypto miningminingMoneroSalonXMR
Up Next

Major Factors That Would Make Starbucks Adopt Ripple In 2018

A Bright Future Ahead for EOS and Cardano Cryptocurrencies