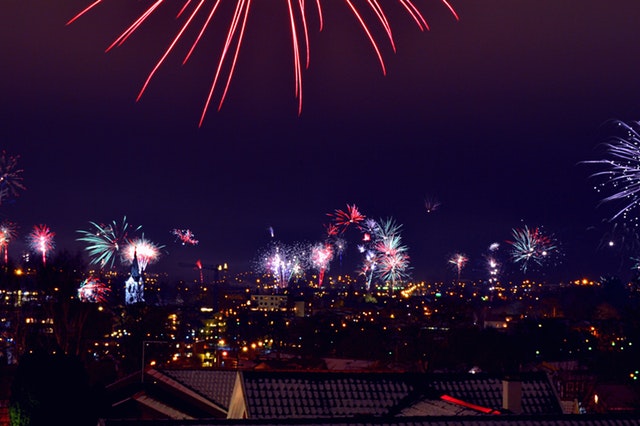 As 2019 approaches, most crypto investors grow interested in the future, and what crypto market predictions may bring for the New Year. Especially after an entire 2018 being mostly bearish and not exactly crypto-friendly. A lot has happened throughout the year, and the stage is set for things to happen in 2019.

What exactly is going to happen? Let’s take a look.

1. Trading to go to decentralized exchanges

However, these exchanges have yet to fix issues such as speed of transaction validation, potentially high costs and alike. These and similar issues are the reason why DEXes still did not grow to dominate the market, and why centralized exchanges around the world still dominate the space. However, experts predict that a lot of these issues may be solved and fixed in 2019, which will allow decentralized exchanges to finally start seeing some real volume going their way.

They are already much safer than even the safest centralized exchange, and they have numerous other benefits. With a bit more work, experts believe that their time will come, and full decentralization will finally be obtained in the crypto market.

Decentralized applications (dApps) were invented around the same time as smart contracts, and they came as quite an interesting concept. While decentralization was originally only intended to include money, soon enough, decentralized everything became a real thing. Applications were no different, but they have yet to gather enough attention and support in order to truly influence the world.

One of the first dApps was an Ethereum-based game, CryptoKitties, where the goal is to collect and breed digital cats. While this is hardly a way to revolutionize financial system, as dApps were supposed to help do, it brought an interesting idea which attracted numerous developers. Soon enough, mass dApp production started, and it is still going right now. Nearly every coin dedicated to the development of new technologies, such as Ethereum, NEO, EOS, and alike, started producing dApps, with ETH blockchain still leading in this regard.

Now, experts believe that 2019 will be the year when dApps will finally grow big enough for the whole world to learn about them and make them popular.

Bitcoin ETFs are not exactly a new idea, and people have been trying to convince the US SEC to approve them since 2013. However, the SEC has yet to do so, as the Commission clearly believes that it is not yet time for this type of ETFs to arrive. In the meanwhile, this is something that investors have been waiting for for a long time, and they are getting impatient.

If approved, Bitcoin ETFs can mark a big turn in crypto history. While cryptocurrencies managed to do an excellent job at developing themselves and surviving for an entire decade without the support of banks, governments, or large investors, many believe that they have reached a point where they need help. Developing new technologies is never cheap, and there is only so much that individual investors can do to help. Institutions, on the other hand, handle millions and millions of dollars that are ready to be invested in promising projects, but they refuse to go crypto due to regulatory uncertainty and general mistrust.

If Bitcoin ETFs get approved, they would serve as a bridge between cryptos and these investors. They would be able to help crypto development without entering the risky business of actually investing in crypto. It’s a win-win situation, which is why all eyes are on the SEC, and the world awaits their decision regarding the new wave of Bitcoin ETF applications.

It is no secret that cryptocurrencies have been treated with the lack of trust or appreciation due to their nature and goal. However, they also lack any kind of comprehensive valuation framework, which has made a serious disconnect between the prices of digital currencies and their fundamentals. As such, it is not surprising that old-school investors and masters of finance industry did not trust them. They have simply seen too many scam attempts throughout their careers to just jump on an opportunity like this, no matter how sincere it looks at first.

However, this may change in 2019, as experts believe that introducing valuation models will bring some sanity to the market. There are already several ideas on how to do this, one such idea claiming that the net value is proportional to the square of the number of all connected nodes. Models such as this can increase the sophistication of the crypto market and spark additional interest in financial minds that are searching for proof that crypto is the real thing. While a lot of work is still required in order for everything to fall into place, 2019 is expected to be the year when it happens.

After the launch of Ethereum, Vitalik Buterin introduced the idea of a shared world computer, where decentralized computation became a possibility. This has brought utility tokens, which represent shared ownership of any digital resource. Such commodities like processing power, computing power, file-storage capacity and alike became tradable things, and entirely new markets were discovered.

People realized that smart contracts can be used for numerous new things, and eventually, ICO popularity skyrocketed, bringing tons of new altcoins, and raising over $17 billion in a single year. However, soon after that, security tokens emerged.

Security tokens act as a fully-compliant representation of ownership in various traditional asset classes. This includes things like bonds, real estate, equities, and alike. They are different from utility tokens, that aim to “decentralize away” risks of regulation. Security tokens, or securities, have a large addressable market, and people are always interested in trading them. Thanks to the blockchain, they can do it at any time of day and night. For a lot of people, however, things simply developed too fast, and trading securities is a scary concept to many. However, 2019 is expected to be the year when this type of trading will be more accepted and fully adopted, which is something that many are looking forward to.

4 Things That Will Make An Altcoin Successful