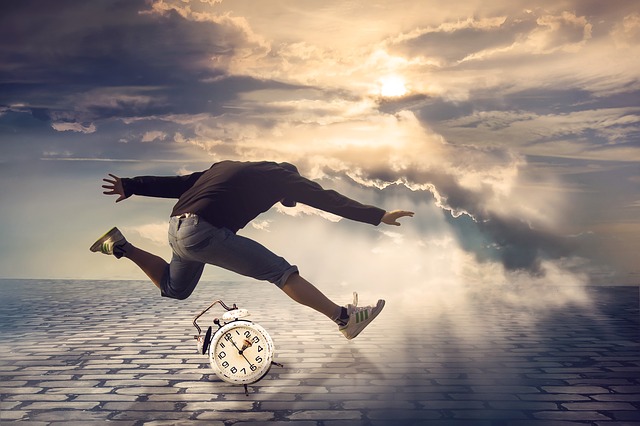 Everybody in the cryptosphere is wondering which banks in the world are going to adopt a cryptocurrency for internal purposes (Stellar Lumens and Ripple’s XRP being the leading candidates) or which cryptocurrency will be chosen by banks as a viable option for clients and investors.

In this regard, everybody is thinking about Bitcoin, Ethereum and the top 7-10 big players in general. This trend of thinking only brings to the surface how unimaginative speculators are because nobody is thinking out of the box. What we mean is this: why is nobody wondering about which cryptocurrency project will buy its bank and disrupt both the financial and the crypto world?

Well, Charlie Lee, founder of Litecoin is thinking just that. Not just thinking. Mr. Lee used his Twitter account just a couple of days ago to announce that he is teaming up with TokenPay to buy a significant stake in Germany’s WEG bank. The idea behind this move is for Litecoin to get closer to terminal users, consumers, and give them an easy-to-use, and cheap way to get involved in Litecoins in real-life.

I'm excited to announce that @LTCFoundation and @TokenPay have entered into a strategic partnership to buy a stake in a German bank, WEG Bank AG. We plan to work on many exciting consumer-driven crypto solutions. Stay tuned! ????

It’s a most exciting move. It’s creative, out-of-the-box, very ambitious and very intelligent. I’ve stated time and again that the most successful digital assets won’t necessarily be the ones with the best technology, the higher short-term price increases or any other of the usual parameters in which we measure a coin’s performance.

The cryptocurrencies that will take the market over will be those that find a way to be adopted in mass by solving real-life problems for real-life people. That is why projects like Stellar, Ripple or Tron have created so much interest despite the fact they’ve not been around for so long, and they’ve experienced bearish runs at times.

These are projects with a purpose. Stellar and Ripple aim to take over the international transfer market, while Tron wants to make the whole web decentralized by blockchain technology. And now, Litecoin seeks to become an everyday currency that you can use even without a computer, or without a digital wallet. Imagine you could apply for a Litecoin credit card or debit card and buy your cigarettes or visit Starbucks and pay it with Litecoin through your card.

This kind of development would give Litecoin (LTC) access to users with no digital expertise that doesn’t understand blockchain technology or the idea behind cryptocurrencies. It would connect a digital asset with average people in a way in which almost every current coin is very far away from achieving or even imagining. Of course, this kind of market penetration would give Litecoin a significant competitive advantage.

It would create the type of demand that doesn’t come from speculative forces but sheer everyday use by average people. End users won’t need to understand any technical concepts, they will see their transfer fees reduced dramatically, and they’ll love that for sure.

Litecoin (LTC) is all set to hit the moon

Let’s understand this clearly: so far the vast majority of crypto enthusiasts and investors are engineers, scientists, and IT people. If Litecon gets its way with this, then you could have construction workers, janitors and all kinds of people joining the cryptosphere, whether they know or understand it, or not. That would be nothing short of revolutionary.
This news alone makes the present a fascinating time to get a piece of the Litecoin action, but that’s not all.

Next August the mining difficulty for Litecoin will increase. It will change the game. Higher mining difficulty makes every block in the chain harder to calculate and thus the token production decreases. If this decrease in supply coincides with a boost in demand due to Litecoin’s real-life applications then it’s all Economics 101: the LTC price will skyrocket.

Then, on September, there’s the Litecoin global summit. As the event nears in time, hype and rumors about possible announcements will also boost its value. And who knows? There could be some significant announcements at that summit so we should all pay close attention.

So, in a nutshell: Litecoin (LTC) is developing the potential to become the first cryptocurrency that can be used by any non-technical average person anywhere in the world as a local currency that makes their lives easier, quicker, cheaper safer.

If the bank deal goes through then, Litecoin will become one of the most undervalued assets in the crypto markets, and it will rise steadily until it finds its correct balance point which could be as high as 1000 USD. Are you among those who had not taken Litecoin seriously so far? You should reconsider now. Are you among those who wanted to get into Litecoin but were somewhat undecided? Just dive in, this is the time to build your Litecoin (LTC) portfolio. Hurry up.