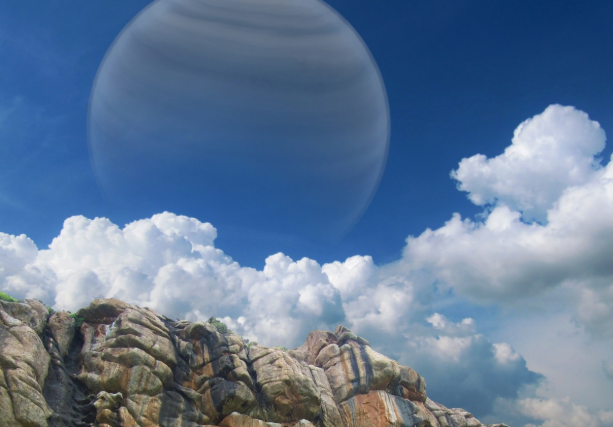 A famous saying among marketers is that a considerable fraction of all the money you will ever spend on marketing is just a waste, but you can never tell what precise fraction that is. But marketing and promotion remain critical activities in any enterprise, and that includes the Cryptosphere. You can have the best blockchain operating at the higher transaction speed and a safe coin that’s easy to use, but if nobody knows it’s there, then nobody will use it, it’s as simple as that.

We’ve already seen projects in which marketing comes first; it’s designed and planned before the working product even exists. That’s how many ICOs have managed to raise money when the currency in question is still just a promise. Then the money raised becomes even more marketing, and sometimes that money doesn’t even go to develop the platform and the technology.

Which brings us to our subject. Tron lacks for no publicity, by now it’s probably the best-known cryptocurrency project in the world after Bitcoin. It has a massive number of fans and detractors. And they’re particularly good at marketing.

It all started as Justin Sun, Tron’s founder, CEO and the primary developer had a go at Ethereum at Twitter:

This made Ethereum’s leader, Vitalik Buterin, react by accusing Mr. Sun of copy and pasting his content. He was not very pleased.

The result was that Tron kept silent about Ethereum. They instead focused on launching and promoting their new Main Net (which will see them leave behind the Ethereum blockchain). Then, last June 1st, Mr. Justin Sun published again a graphic similar to last April’s one in which he, again, compares Tron vs. Ethereum to Tron’s advantages.

Some of the facts (which are more like promises) were revised, hopefully, to make them more realistic. The transactions per second speed went down to 2000 txps from 10000. Such a radical revision stinks of propaganda, something somebody wrote because it looked good and not because the technical data could support it in any way.

But the Tron Main Net is now deployed, and in public beta testing so this kind of number is now a matter of measurement, not marketing and if it doesn’t live up to expectations people will notice. Ethereum’s transaction speed remains at 25 per second which is quite slow (still, higher than Bitcoin’s) but Mr. Buterin and the whole Eth team are known to be working hard at updating the technology so that it becomes swifter. But even being that “slow,” Ethereum does transactions almost in a million, daily, which remains a dream for Tron.

Then there’s the issue about “100M dApp users” that Justin Sun claims to expect will join the Tron network almost immediately. True, Tron will be able to bring users in from Mr. Sun’s previous company, Peiwo, which does have a huge user base in China as a social media app and could indeed guarantee millions of new dApp users but, a hundred? It seems a bit of an exaggeration and few people are taking it at face value.

Simultaneously, Mr. Sun claims that Ethereum has users in the thousands, which is technically true but misleading. The IDEX app alone (Ethereum’s most popular one) has 150,000 users. While this number of users doesn’t mean it’s going mainstream, it’s still a far cry away from “thousands.” But Ethereum possesses hundreds of apps, that’s just the most popular one.

And we can’t talk about Tron’s marketing without saying something about the “developer rewards.” It was initially going to be a fund of a billion dollars used to motivate and attract new developers to create decentralized apps in the new Tron Main Net.

It seems Mr. Sun has that kind of money lying around and, let’s face it; he likes being spectacular. And it looks like it works. This incentive package has accumulated 2,153 commits, merged 547 forks, added 102 new features, and released 15 software iterations. But let’s keep things in perspective, two billion is a lot of money, and it’s doubtful they will get enough developers to spread all that money around.

If you’re going to have a cult, you are going to need a personality behind it. In Tron’s case, that’s none other than the inimitable Justin Sun who has probably become the most recognizable and respected character in the crypto business. An exceedingly intelligent man who was personally invited by Jack Ma, the Alibaba‘s founder (I didn’t need to tell that, right?), in person to study at Hupan Unversity (which is Ma’s pet project, he is the principal and still teaches there).

After graduating from Hupan, he attended the University of Pennsylvania and went back to China where he started Peiwo, a social media app that is the one people in China and Asia prefer, it’s been an enormous success Peiwo alone has guaranteed Mr. Sun’s inclusion in the Forbes list of 30 under thirty for three years straight. After Peiwo, he founded Tron which is the organization behind the Tronix (TRX) crypto coin.

So Mr. Justin Sun has plenty of successes under his belt, there is no doubt about that. He’s among the best-respected businessmen in Asia, let alone China. And he’s excellent at marketing and great gestures. He’s eloquent, and nothing short of enthusiastic just read the following tweet by him:

So NASDAQ is dealing on Tronix now? No, not really. Tron just was in an ad on NASDAQ corner, they got mentioned in the ad, they didn’t become big business overnight. So they did hit NASDAQ, but this is advertising you can buy it if you have the money. So Mr. Sun is most likely making one of his legendary marketing moves, but this time he’s overdoing it. Tron is not on NASDAQ, just in the ads. Paid ads at that.

And there was the live stream. It got broadcasted at the same time the Main Net was launched. In this stream Mr. Sun spent more than an hour where he discussed (in untypically bad English) where Ethereum is left behind by the Tron, spitting out buzzwords and talking about transforming the world. It wasn’t a great cast (if you ask me), the light was deficient, and everybody around him was wearing Tron (TRX) t-shirts. While he remains a respected leader in the business world, this particular video made him look like more of a dictator.

That kind of move only helps Tron’s detractors. A user on Reddit who goes by the name ‘drstrangerub,’ has something really interesting to say about Mr. Sun’s marketing strategies:

He’s not probably wrong but does that matter so much? The world’s future could be in Asia so if they like to go for Justin Sun’s exaggerations what difference could that possibly make? It surely doesn’t help with the western audiences, but the west isn’t making the difference in the crypto world so far so, why should any serious player worry that much about them?

But even in that context, the western markets are embracing Tron. Tron’s Tronix currency is among the top cryptos then and, for all his posturing, Justin Sun keeps delivering on promises. That all said, I think there is no need to be panic as yet. From partnerships to connections and to listing on a huge number of crypto exchanges already, the project has put things together in the right way. Just let Tron’s MainNet settle down, and see it growing, starting from the end of this month.

So, in a nutshell: this is not the time to drop Tron. It just would be wise to see how the Main Net performs before going all the way in. But despite Tron’s marketing, it just could be the case that they do have a great product. We will find out soon.

From Inception, to Mainnet Release and Beyond – The Whole Story of EOS