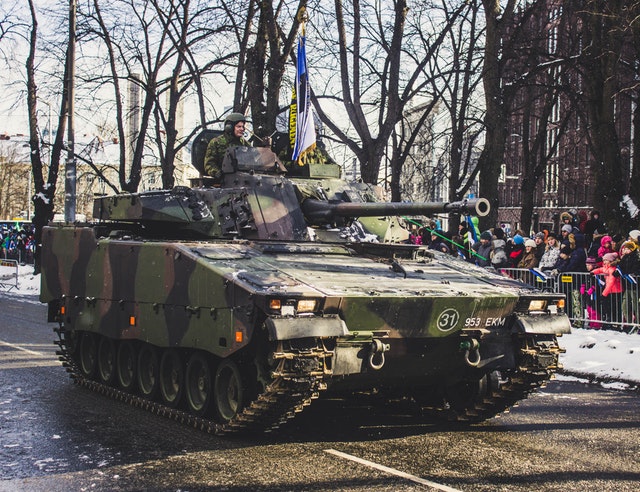 The word ‘outgunned’ is defined as outdoing or overwhelming your opponent by superior forces. Once you read the word, you think about the numerous Hollywood movies where the action hero with the most guns wins the final battle. But this is no war-zone; neither is it a movie. It is the world we love of crypto and blockchain. In this world, we have witnessed the launch of two magnificent Mainnets in the last one month. That of Tron (TRX) and that of EOS (EOS).

Both were equally exciting for the buzz around the crypto-verse was that these two projects were plausible Ethereum killers. But that is where the similarities end. The launches of both MainNets were totally opposite as shall be elaborated.

Constant communication by both projects

Justin Sun has overcome FUD to become one of the most trusted faces in the crypto-verse. His constant communication to TRON believers is second to none with clear milestones and roadmaps of when the MainNet was to be launched as well as what would happen after. We knew the dates and exact time with timezone references, as to when the MainNet would be launched as well as the Genesis block. There is also constant communication on the status of the ERC20 token migration as well as coin burns and token lockups.

EOS, on the other hand, has no such public figure to reassure the project believers about what was happening during the Mainnet launch. As a matter of fact, no one knew for sure if the MainNet was to be launched on the 2nd of June or the 3rd of June. Also, there is no one figure to elaborate the on-goings in the current constitutional crisis.

With the respect to bugs, the EOS MainNet was found to have a severe bug only days before the launch of the MainNet. This bug could allow a rogue miner to hijack the entire network using a smart contract and start wrecking havoc in the form of mining other blockchain networks. The bug was patched and a bug bounty program was soon initiated with a reward cap of $10,000.

Tron then took it upon itself, through Justin and the Tron Foundation, to make sure they had a lucrative bug bounty program when the MainNet was launched on the 31st of May. The upper cap of the reward was set at $10 Million meaning the best of the best of security experts and teams probably went knocking at the door of the Tron Foundation seeking to test the MainNet. As a result, the Mainnet has not experienced any known bug since the genesis block went live.

However, EOS has experienced another glitch that has resulted in several accounts being frozen as well as a constitutional crisis.

Block.one, the creator of EOS, is proposing the abolishing of the current constitution less than a month since the MainNet released the Genesis block after a voting stalemate. On the other hand, the Tron project currently has Super Representative elections ongoing with plans of a constitution in the works.

The difference is clear

One can argue that Tron managed to learn from the immediate mistakes of EOS. This is a very valid way of viewing things. Then again, TRON has for the longest of times being the underdog in this crypto-verse with EOS enjoying parade-like praise since the inception of the project. This means that the team at Tron had to put in double the effort to prove their mettle. The planning and execution witnessed through the Tron Foundation can only be described as being meticulous. Perhaps it is this attention to detail by the team that will eventually make Tron end up outshining Ethereum.

Here Is Why Coinmarketcap.com Knows XRP Is Not a Security