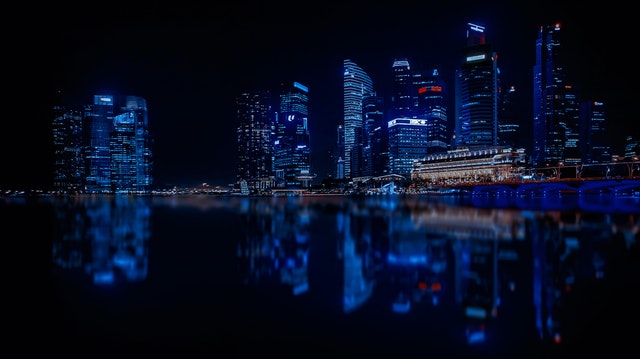 For a while now, investors have been searching for the crypto that will become the main representative of the third generation of cryptocurrencies. After Bitcoin (BTC) has become the leader of the first wave, and Ethereum (ETH) become the main coin of the second one, the third wave is upon us, and many believe that NEO will be the one coin that will stand out.

Earlier this year, after the market had just turned bearish, crypto enthusiasts thought that this will be a short-term thing and that NEO will soon lead cryptos to new heights. Of course, it has been six months since the prices dropped, and the situation is much worse now than it was back then. Still, the hope remains, and many still believe in NEO.

What is it that makes NEO so special?

NEO is a cryptocurrency that has been around for several years now. When it comes to its concept, it is actually very similar to Ethereum. Both offer the creation of smart contracts, dApps, and have had many different projects created on their respective blockchains.

In fact, they are similar enough that NEO has often been called the “Ethereum of China”. This name comes from two reasons – its similarity to Ethereum, and the fact that China is actually very supportive of NEO. This support gives NEO a lot of advantages when it comes to cryptos in general since China is usually very closed off to the entire concept of cryptocurrencies. However, with this country’s support, NEO basically has access to the entire untapped market, which may allow it to shine like no other altcoin.

At the beginning of the year, NEO has reached completely new heights, just like every other crypto. It also reached a high rank on the CoinMarketCap’s list. However, just like all the other cryptos, its value nosedived as the year progressed, and its current rank is 12, with a value of only $37.93 per coin. When compared with the January’s price of around $160 per coin, we can see just how low NEO has fallen.

With that in mind, can NEO still reach the heights that were expected of it at the beginning of the year?

City of Zion and a decentralized exchange

Some experts seem to believe that NEO is still more than capable of going back up. In fact, many believe that it might even go to such heights that it could reach $1000 per coin by the end of this year. The way to achieve this might lead through the City of Zion.

The City of Zion is basically a name for NEO’s extremely large community of open-source designers and developers, which are all working towards the same goal. Their aim is to speed up the development of NEO’s blockchain and to create additional accessories which will help improve the entire concept of this cryptocurrency.

The City of Zion has already been credited with developing several large and important projects, including NEO portal, the NEON wallet, NEEOScan, and NEOMon. These are all very important projects that have the potential to pull NEO out of these depths as soon as the market allows it.

Another very important concept that NEO’s blockchain seems to be nothing less than perfect for includes hosting decentralized exchanges. Decentralized exchanges represent a relatively new concept, but in order to establish them, certain parameters need to be met. Those include finality, quick transactions, digital identity, interoperability, and a stable digital currency that would be used for creating universal trading pairs.

NEO can match all of these demands, which is what makes it nothing less than perfect for this project. There are certainly still some minor issues that need to be resolved before this becomes a reality, but if anyone can pull it off, it is definitely NEO.

So, can NEO dominate the market? Can it reach $1000? Right now, it is hard to say. This is a tough time for cryptocurrencies, and many are still struggling to simply stay alive. Hopefully, the situation will get better soon, and if it does, a lot of great things are expected from NEO.

Related Topics:NEEOScanNEONEON Wallet
Up Next

Here Is The Upside Of Ripple (XRP) Being Declared A Security