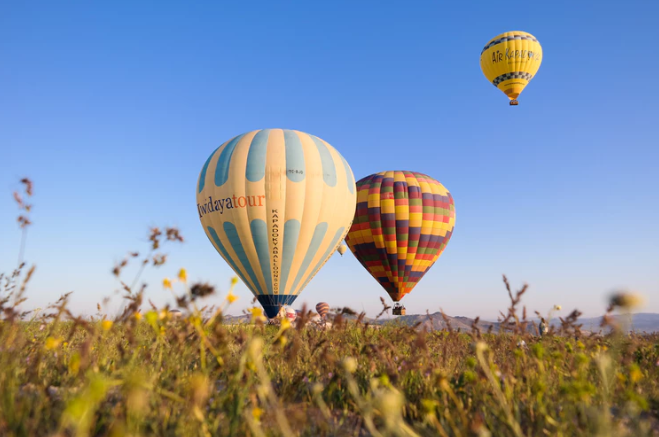 The most common action for crypto enthusiasts is to look for the next big thing in the crypto world, a fact that centers in the hope of obtaining a considerable profit of selecting the best coin.

Truth be told, ever since cryptocurrencies emerged in the financial landscape they have become a potent source of investment, although that was not what they were meant to be from the beginning. However, in the real world that’s exactly the way it functions, so it’s actually a significant advantage to be aware of those cryptos whos development and features represent our best alternatives to investments.

In this sense, three of the most resounded coins in the crypto market right now are Ripple’s XRP, Tron (TRX), and Cardano (ADA). Let’s see the main characteristics of these cryptocurrencies, and why we think they are the best options to invest as the market grows,

Tron (TRX) is recognized as the crypto that never rests, and to be honest, that is precisely what it seems from the outside when we take a look at the numerous strategies deployed by the company in the past four months.

That started with the Test Net launch, a move that was followed but the later migration of the tokens from Ethereum’s protocols to its very own Blockchain. Shortly after, it continued with the launch of Test net of Tron Virtual Machine, the announcement of the Super Representative elections, and the most recent acquisition of BitTorrent, an initiative that is currently assisting the creation of a project called Atlas.

The same way, the TRX token was recently added to the LINE’s exchange, Bitbox, and similarly, to the Bitcoin Superstore project, an initiative that enables crypto users to purchase from over 200,000 online retailers like Amazon, and eBay.

The CEO of the company, Justin Sun, seems to play a very active role in the deployment of strategies and the communication with the community. He plans to decentralize the internet and create a whole new net made up from scratch.

Out of the whole bunch of cryptocurrencies in existence, there’s not a doubt that the mother firm of XRP, Ripple, is the one that has managed to execute the most relationships with financial and banking institutions.

In fact, Ripple has achieved to make alliances with several renowned companies in the finance sector such as Mastercard, American Express, and Banco de Santander; but it doesn’t actually stop there, the company has at least 70 financial organizations that are willing to integrate their solutions in the seek of improving their cross-border transactions.

Most of the partnerships have been deployed using xCurrent, and xVia, but it’s actually xRapid the one solution that carries with it the XRP token, so technically the approach to crypto haven’t been made concerning alliances. Nevertheless, the company is allegedly working on the integration of their three solutions to give overcome this issue.

The XRP token has been criticized and even labeled as a security by many (four lawsuits of security until now), but the company has already taken actions to resolve the doubts and made an incredible effort to separate XRP from Ripple Labs, which is the company.

Despite the bearish market and legal issues (the lawsuits), the token has managed to remain stable, and that is precisely one of the things that give us a positive sentiment about the coin. Besides, many predictions forecast the price of the token to 8 dollars next year, a fact that would provide a chance for its believers to become millionaires in a 1-year matter.

Cardano (ADA) is for sure one of the youngest coins in the crypto world. However, it has managed to grow in a significant way during this year, and this has lead to an incredible bunch of opportunities for the crypto.

When it comes to what makes this coin a great option, we must know that it was actually created by Charles Hoskinson, a businessman who formerly was a co-founder of Ethereum (ETH), and Ethereum Classic (ETC). Charles decided to leave both projects as he thought the best way to create the coin he had in mind was by starting his very own.

The thing that makes the Cardano (ADA) unique is that the group behind the token is a multi-disciplinary team with an extensive background in the area, so every decision is well-calculated and executed. The company expects to get a global adoption as its main net becomes fully functional soon.