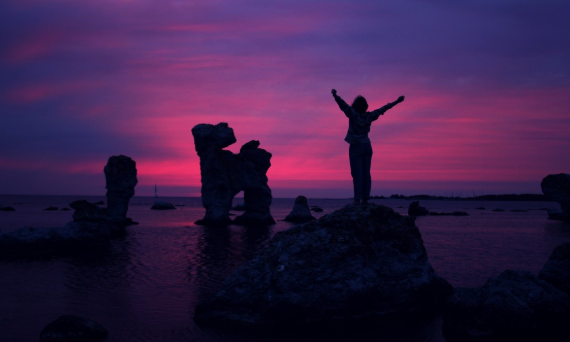 Lots of changes have been seen lately on Tron (TRX), one of the most remarkable cryptos in the market, and not only by its top performance but as well by all the activity the company has been doing to differentiate from the rest of the market. Back in March 31st the company successfully deployed its Testnet, a landmark that was followed by the recent launch of the MainNet on May 31st, an event that a big part of the community was anxiously waiting.

The expectations were set that the TRX token would hit the moon right after the MainNet launch. However, the community has received a different landscape where the token is only going down every day, and many of the Tron holders are just starting to question whether they should HODL TRX or not. In relation to this, some good news has appeared in the picture, because as it seems, even when the token been trading in the red, everything is now set for the coin to recover its best performance, and Tron (TRX) may be having remarkable performances again sooner than many might be expecting.

Justin Sun, who serves as the Chief Executive Officer of Tron is one of the key pieces of this puzzle that the TRX recovery has turned into. The businessman is playing an essential role in the current transition of the token; every day a bunch of Tweets gets published on his account doing the countdown for the migration, and the same way, lots of collaborations with important exchanges and institutions are communicated.

Naturally, Sun is trying to catch the attention of the community, and certainly, this is something that is paying off. Like this, the third quarter of the year may be very bright for the token if the sympathy of investors and holders gets recovered, a fact that doesn’t look that distant when at least a 40 percent of the token holder asseverate that their reason to be with the company is its future-oriented vision rather than its price in the market.

Tron’s current and future behavior in the market

It is to be considered, that the whole market now has bearish moves (last 24 hours have turned to be good though), and parallel to that, some not-so-good events like the Coinrail hacking have occurred, affecting the entire industry, and even making the leader of the sector, Bitcoin, to lose momentum without having a way out. This has resulted as well, in a lot of altcoins being inevitably taken to a massive drop.

On the positive side of the picture, the TRX token managed to re-bounce a little in the last 24 hours, being at a price of $0.04545 per coin at the moment with a 5.62% increase.  Although the boost may be a temporary thing, still proves the resistance of the currency in contrast to the dips of the market, and this suggests that once the sector starts to go up, TRX will have a notably good performance.

Furthermore, the company is doing everything to complete its migration this month without any problem. In this matter, it even offered $10 million to whoever finds any security bug in its MainNet, Odyssey 2.0, to make sure that no issue interferes with the TRX migration. In the case that the token journey happens without any problem, we can be sure that TRX will recover the lost ground as many investors will regain confidence with respect to the coin quickly.

Next steps of the crypto

Tron (TRX) it’s currently on the BETA test of the migration to happen in the coming days, at that moment it is expected that the total existence of TRX tokens migrates from the ERC-20 protocols to the Odyssey 2.0 blockchain platform. If everything goes well, the migration will take place between June 21st and June 25th at 00:00 (GMT+8).

In addition to this, the company will deploy its Super Representative elections, an event that will help create a fully autonomous community for the token. In regards to the migration, at least 27 exchanges have offered their support to the coin, including the giant and famous exchange, Binance – that’s another positive aspect for Tron to reclaim its position in the market soon.

Another potential move by Tron can be the merger of millions of BitTorrent users, as the CEO, Justin Sun bought the p2p file sharing site just recently. Tron (TRX) BitTorrent acquisition will undoubtedly add a massive user-base to the Tron network. The merge is not going to be a positive thing for Tron only, TRX holders will also end up holding a high-value tangible asset, with peer-to-peer advertising opportunities. So, Tron will more likely take this step soon, it’s in the interest of both, Tron and the users.

Despite the recent dips in the prices of Tron (TRX), the token has managed to remain extremely active, generating the most solid relationships that will help the company in the events set for the coming days. The bearish move results undeniable, but on the other hand, Tron has managed to grow in spite of the market situations, and that without taking into account the several dApps that have already run in the platform and the hundreds of others that we can expect after the migration.

Undoubtedly Tron TRX will recover its momentum in the coming days, so stay strong and tuned!